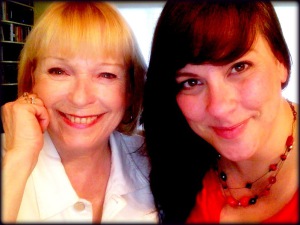 Plotting to take over your bookshelves.

Mary Jane Maffini thinks she’s the luckiest woman in the world. After all, she gets to work at home in her cozy office -- or at her roomy dining room table or on her deck in summer -- writing what she has always loved to read: mysteries. And she gets to write in her pyjamas if she wants, with her miniature dachshunds, Daisy and Lily, snuggled up. She can take her breaks with her husband and the pooches in the dog park and it’s no one’s business but her own. What’s not to love? Plus anyone who has ever made her mad has ended up in a book. No wonder she’s usually in a good mood.

MJ discovered mysteries as a child and read her way through the classics. Later in libraries, she found that people would pay her to select mysteries. They could have saved a bundle if only they’d realized who they were dealing with. She also learned how wonderful and varied crime fiction can be. Following a career as a librarian (not nearly as quiet as it sounds!), she continued her mystery infatuation by becoming co-owner of her favourite bookstore: Prime Crime Mystery Books, with her business partner, Linda Wiken .

Once again, people died. But only in her manuscripts. Since those wonderful reading days, MJ has written thirteen books in three mystery series and more than two dozen short stories. Her latest Charlotte Adams book The Busy Woman’s Guide to Murder won the 2012 RT Award for Best Amateur Sleuth. She’s picked up several awards for her short fiction, including three Arthur Ellis awards and an Agatha. She’s also been nominated for an Anthony, a Barry, and several other Ellis awards. She also holds the Crime Writers of Canada Murdoch award.

The six Camilla MacPhee books are set in Ottawa and feature a crotchety lawyer with a large and unruly crowd of friends and relatives and an increasing number of resident pets who do not really belong to her.

Professional organizer Charlotte Adams operates in the fictional town of Woodbridge in upstate New York. She’s in the right business to get to the bottom of things, with the help of her misfit friends and her rescued miniature dachshunds. Wait! Who are you calling bossy?

Now MJ’s excited about this new collaboration with her daughter, Victoria, and the fun of getting immersed in the golden age of mysteries once again in The Christie Curse and now The Sayers Swindle.

MJ lives, plots and cuddles dogs in Manotick, a perfect village just south of Ottawa, ON.

Victoria Maffini comes by her murderous tendencies honestly, not to mention her writing skills. This is her first collaboration and first novel. She dove head first into the eerie world of Mysteries when she worked at Prime Crime Books for five creepy good years. Vic the Chic is long gone now, but her many glorious years of gorging on New Releases and used paperbacks sure come in handy when writing a Book Collector Mystery series.

When Victoria’s fingers are not on the keyboard they are pointing her Nikon at brides, babies and bad dogs, turning the images into cards, art and memories. Speaking of art…being creative is deep in Victoria’s soul, she never comes back from her long country walks without a stunning shot or a scene that will need to be painted or a pinecone that must be glittered. The crafting is strong with this one.  She enjoys selling her art and other creations at the North Gower Farmers' Market in the summer months.

Inspired by MJ, Victoria began writing in the late nineties and her first story

“Down in the Plumps” was published in the Ladies Killing Circle anthology Fit to Die in 2001.

Victoria’s second short story was published in 2006. “Tit for Tat” is in the Dead in the Water anthology.

When the opportunity to team up with her mother and kill people for money presented itself, it seemed like a dream come true. You should now imagine Victoria with tented fingers emitting an evil laugh.

Victoria lives near Manotick with her faithful side-kick Peachtree the Pug, who "voluntarily" poses for pictures and masquerades as Walter when needed. 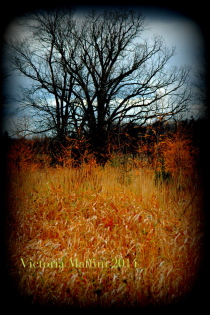 Click "the Tree" to see more of Victoria's photography and artwork 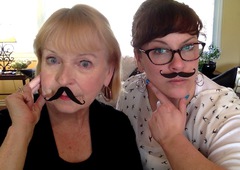